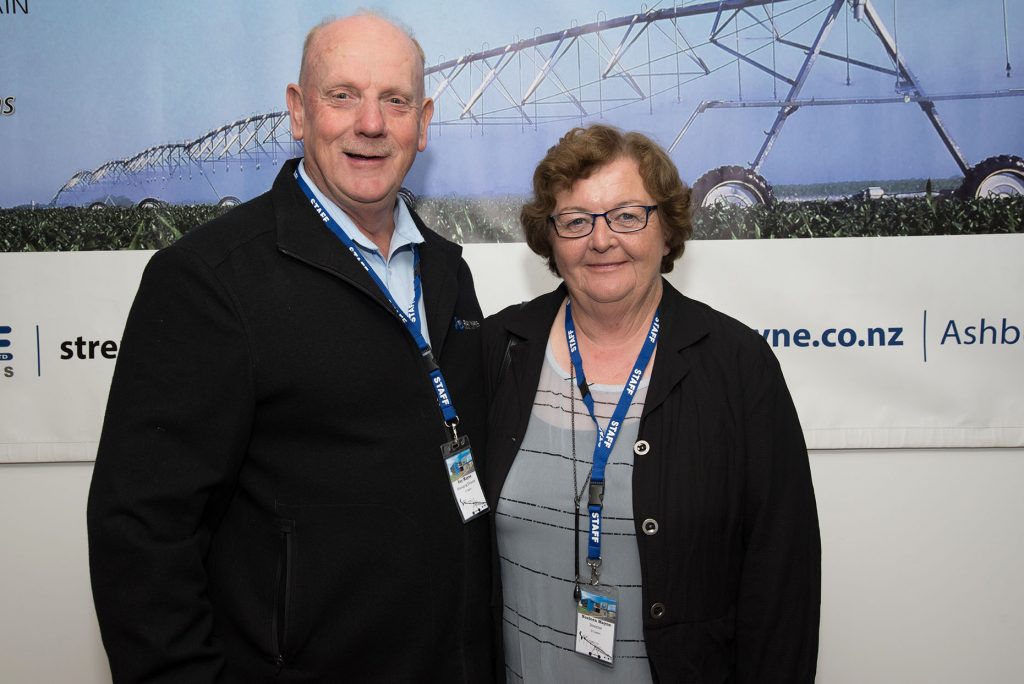 Based in Ashburton, the family orientated company is the number one importer and distributor of Reinke Manufacturing and Snap-tite hose throughout Australasia.

Ray began his career in 1982 with Briggs Irrigation selling Roto Rainer irrigators. During his time at Briggs they had some good times and some tough times with the 1987 share market crash that seen Briggs Irrigation eventually put into receivership in 1989. Ray was then approached to become a shareholder in Rainer Irrigation.

During his time at Briggs Irrigation he became aware of Snap-tite. After some time, Ray eventually began to build a relationship with Snap-tite. The product was good and there was good market potential. In 1991 Ray advised Snap-tite that he was contemplating starting his own irrigation company. Tony Babington, the then International Hose manager for Snap-tite, advised Ray that Snap-tite would back him all the way should he decide to go down that path. This was the encouragement Ray needed, so in April 1991, Ray and Noeleen, his wife, formed Ray Mayne Hose and Fittings Ltd. Since then Ray and the team have promoted the Snap-tite product in NZ to have it as one of the leading brands of lay flat drag hose in New Zealand.

In 2000 Ray attended an “Irrigation Australia” irrigation show in Brisbane. It was there that he saw his first Reinke irrigator. Ray proceeded to speak with the then USA based Reinke representative and put the wheels in motion to become a Reinke dealer. He met with the then Reinke President, Bob Friehe. Ray remembers having a map of New Zealand and explaining the areas that required irrigation and what type of irrigation was being used at the time. Bob had heard about Briggs Irrigation some years before which impressed Ray. Finally, Ray became a dealer. Ray sold his first two pivots to Brendon Dolan at Dorie and the first Reinke Lateral was sold to Jeff Bleeker from Makikihi, North Otago in 2001.

Ray Mayne Hose & Fittings Ltd is a specialist in irrigation design, installation, manufacturing and importing of irrigation equipment. We are the principal importer and distributor of Reinke irrigation systems into New Zealand – a system that is light weight, more efficient and longer-lasting than comparable systems. The Reinke name is recognised as a world leader, especially for their GPS guidance, which can guide multiple systems off a single GPS base station.

Ray Mayne Hose and Fittings after sales service includes specialist technicians who are available 24 hours a day, seven days a week for the entire year. Including a specialist pump crew, who can service, maintain, remove and install pumps anytime, anywhere. All their staff are constantly developing their skills to keep up to date with the latest technology available for their client’s requirements.

In the warehouse, Ray Mayne Hose and Fittings stock a range of Snap-tite irrigation hoses and can source any irrigation associated products for any job.

Talk with the Ray Mayne Hose and Fittings Expert